Google Rating
4.7
Based on 34 reviews 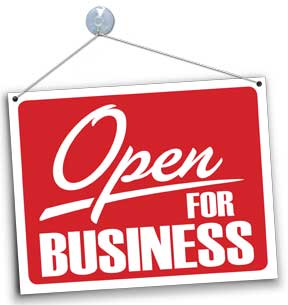 Labor considerations also played an important role in the hierarchy of business friendly state status, such as the availability of skilled and properly trained workers, along with how competitive the state labor costs were compared to their brethren states. The states’ abilities for global access in supply chains and distribution hubs also played a crucial part in who made the top grade.

Below is a list of the Top Five Business Friendly States that were listed by Forbes, plus the reasons and statistics that got them there.

Utah is considered to be the top business friendly region in the United States. Many factors distinguished this honor for the Beehive State. Companies in Utah benefit from lower energy costs that are 26% below the national average.
Salt Lake City is currently experiencing phenomenal growth in Utah. The state promotes an Economic Development Tax Increment Financing Program, which is a major draw for large companies and corporations because it offers them a post-performance tax rebate of up to 30% of all taxes paid over a span of 20 years.

North Dakota is in the midst of a booming economy in the Bison State, with an annual job growth ratio of 3.9 % in 2014. Its unemployment rate was a low 3.4% that year, and the state has a positive economic growth forecast that is expected to climb strongly within the next half decade. North Dakota is home to the second largest oil producing manufacturers in the country, and an increasingly growing population looking for work.

By the end of 2014, North Carolina saw a tremendous 66% net migration rate to the Cardinal State. Most of the newcomers also came looking for employment. Because of the lack of union organized workforces in the state, labor costs in North Carolina are 16% lower than the national average.

The North Carolina Community College System has an easily accessible 59-campus network, located around 99% of the state’s population. It has also been recognized nationally for its commitment to customized and affordable workforce training programs, and occupational certifications. This is a positive factor for businesses to consider when deciding a suitable location site in a given state.

Virginia offers strong incentive programs along with business enticing government policies. The state is ranked 6th in lowest corporate tax ranks according to TaxFoundation.org, and also the sixth lowest in low sales tax rankings. These two facts help to put the Old Dominion State on the map for potential new business prospects.

Virginia’s business-friendly climate and competitive and easy going business environment is what also puts the state at the top five slot on the Forbes business friendly list; not to mention the top of many company’s lists of ideal location choices.

Colorado is the only state that is not a right-to-work state on the Top 5. Its large migrating population, a strong economy, and its high level of college attainment at an impressive 38% of its resident population, makes the Rocky Mountain High State a gem for business. The state is expected to have the sixth fastest uptrend in job growth rates over the next five years, making it fifth on the list of business-friendly states in the nation. Its newly initiated recreational marijuana industry is a great new attractor of good old fashioned American opportunistic entrepreneurships as well.

The Forbes yearly list of US Business Friendly States can fluctuate dramatically each cycle. Utah topped the list in 2012, just to be taken down in 2013 by Virginia, and then it took back the top title in 2014. Texas is also looking for a comeback in 2015 and beyond, with its number one rating in both economic climate, and potential growth rating.

States are notoriously highly competitive when it comes to attracting new businesses, due to the jobs and tax revenues that they bring into the area. One thing that is for sure is that as the US economy continues to recover, the competition vying for the top spot of Forbes list of business friendly states will grow ever stronger along with it.

Are you looking to install security gates for your business? Call us at 718-614-0616 or e-mail [email protected] for more information. You can also visit our page for rolling security gates located here.