You’ve seen them everywhere. CCTV cameras are that small black orb staring at you from the edge of the store, and they’re so well-known for a reason. Among all their advantages, they guarantee businesses a certain degree of safety, but not always in the ways you’d expect. 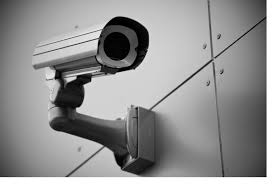 Here are three main ways these cameras can cut your burglary rate in half – or more.

No matter how daring the criminal is, be they a long-time thief or a punk kid who wants some pocket money, no one actually wants to get caught for their crimes. Most burglars will inspect the site they want to hit before they ever make their move, because they want to ensure there is something worth stealing and they want to know what they can expect from security. A CCTV camera, or several, is a clear and quickly recognizable danger of being apprehended, and this has motivated many business owners to put up “dummy cameras” that don’t even work. Imagine how much better your working one will.

We’ve all had that stray impulse to graffiti a wall or wander curiously in a “no trespassing” zone, but what keeps the majority of us at bay? The punishment. It’s fair to say no one has “spend a few days in jail” on their bucket list, and burglars are the same. Even if they went to the school of Mission Impossible, there will still be the stray concern that the camera will catch an angle of their face or that their favorite jacket will be quickly recognizable. Rather than take that risk, it’s easier for them to go somewhere else – a place without cameras.

Having a camera in business shows intent. You are conscious of your business’s security and are expecting something to happen; criminals will feel like they’ve lost the element of surprise. With this in mind, what else could you possibly have in place? You could have a piranha tank lingering under the floor for unsuspecting thieves for all they know. Why take the risk? It’s easier to go to another place that poses fewer problems.

Then of course there’s the most obvious advantage. Say some punk decides to try their hand at your goods after-hours; now you have a front row seat to the show and video record of the event. You can either grab the popcorn or call up the police, whichever suits your fancy – but keep your Rambo urges in check, because who wants that video surfacing on YouTube.

CCTV cameras give a direct feed to a limited amount of monitors for you to view, which means you might even see the robbery in real-time. This gives you the opportunity to put your business on lock-down or at least trip the alarm, either locking the criminal in with their almost-stolen goods or frightening them to run away like a scared fugitive rabbit and hopefully leaving their loot behind. Your chances of doing with without CCTV cameras? Non-existent.

Of course the camera can also keep a long-time record, so should you have been away from the monitors or catching a brand-new episode on Netflix – don’t lie, you know you do it – you can review your footage and see the entire event unfold. You can then hand over this tape to the police and allow them to identify that glimpse of their face, that recognizable jacket, or the fact that their name was printed on the underwear peeking out of their jeans.

In the same way a visual deterrent does wonders for keeping burglars away, there are other forms of psychological warfare you can wage against would-be thieves. Premeditation happens in the mind, and that’s why it’s so dangerous – but also an advantage. You don’t do a double backflip off a bridge because you’ve thought it out and decided, “Hey, yeah, not worth twenty bucks.” A criminal who has heard of your reputation for security and high success-rates in keeping away break-ins and theft will think, “Hey, yeah, definitely not worth that TV screen.”

With new businesses especially, criminals know you’re just starting up and have much more on your mind than warding off theft. This makes you an appealing target. However, with a CCTV camera, once a break-in has happened and the thief caught, it sends a message to the rest: “Others have tried and failed. These guys are paying attention. Is it worth it?” Other security measures of course will keep criminals at bay, but the success rate and the speed in catching them may be delayed, and the burglar being caught the next day versus a week later will be far more intimidating. A CCTV camera makes this possible, giving you real-time and vivid video evidence.

Even the most mild-mannered grandma can still take too hard a turn with her walker and knock down a display case. As accidental as it may have been, someone still has to pay for it, and your culprit has just waddled away from the scene of the crime, leaving no one to take responsibility. A CCTV camera allows you to see exactly where accidents, light shoplifting, and the wandering hands of children have left you high and dry. By handling these incidents swiftly, you build a reputation for handling slights immediately and effectively, sending an even greater message to potential criminals: “If I keep all customers in check, what will I do to you?” Though you may not fine grandma a couple of thousand dollars, the point gets across.

CCTV cameras stop burglaries, both in the mind and then in action. Installing one or two in your business will cut the chance of your being robbed in half, if not more, by allowing you to halt the crime or catch the criminal after the fact.