Google Rating
4.6
Based on 36 reviews

Myrtle Pigg
13:17 19 Jun 21
We had an issue with our front store shutters and got a quote from Benny. He came out the same day to take a look. Very happy with the service and would definitely call again. 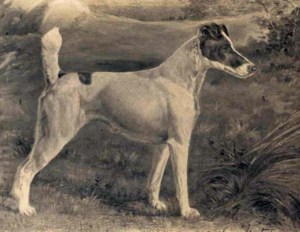 This weekend a 130-year-old tradition is drawing dog lovers from across the country to the Westminster Kennel Club Dog Show here in New York City. The event begins on Saturday, Feb. 11th and culminates to an end on Tues. the 14th, with the Best in Show event.  The dog show is one of N.Y.C s oldest and most prestigious annual dog competitions which features almost 3,000 purebred dogs; judged by Westminster’s strict standards of each individual breed – Upholding the club’s absolute tradition of perfection in the winning canine contestants. There are seven different types of breeds allowed: Hound, sporting, non-sporting, herding, working, terrier, and toy.  Breed rounds will be located at Piers 92 and 94. Madison Square Gardens will once again host the Group Rounds and the Best in Show.

1887 was the year of several historic inventions. The first initial Radar was introduced by German inventor Heinrich Hertz, barbed wire was patented, and believe it or not, the first pair of wearable contact lenses was invented. An iconic New York tradition was also invented that year at 16th St & Irving PL.

The Westminster Kennel Club was also the first dog club to join up with the American Kennel Club, founded in 1884. Both organizations have obviously grown substantially since the late 1900’s. So-much-so for the Westminster Kennel Club that it had to eventually put a cap on its allowed entrants, and then move the event to the Madison Square Gardens for its top competition, just in order to accommodate all of its avidly growing fans.

Tickets are available for $35.00 at the door for adults and $20.00 for children. Tickets increase to $40.00 for general admission to up to $65.00 for reserved seating for the main event of Best in Show. A Tuesday pass valid for the 14th allows unlimited access to both the pier activities and Madison Square Garden’s main event, at $75.00 for general seating and $100.00 for reserved.

The elite group of hunters that gathered for that first meeting at the distinguished Westminster Hotel in 1887, certainly never envisioned the true potential of the famous dog show that has since grown into the mammoth event that it is today.  For dog lovers around the country, and even around the world, 2017 will be another year to appreciate the different beautiful and talented breeds of “Man’s best friend” that Westminster highlights so well. The show that originally only showcased Setter and Pointer “Gun Dogs” has evolved to offer a plethora of gorgeous purebreds to suit almost every taste. The Westminster Kennel Club website does not list the prizes that are awarded for any given event. This reasserts what most every entrant would say about why they compete. It certainly is not for a cash prize. It is for the honor and prestige, along with some well-deserved bragging rights that come along with any prize recognition from the judges – That their beloved dog is the top of the top and the cream of the crop when it comes to its pedigree and abilities.

New York Gates skilled technicians provide customers with tailored solutions that not only perfectly match their security requirements, but also match their budgets, aesthetic preferences, plus building and technical specifications and much more. Get in touch with New York Gates at 718-614-0616, or use their convenient Contact Us web page.