Google Rating
4.6
Based on 30 reviews

Will Foresman
17:32 30 Mar 20
Benny at New York Gates was terrific -Super quick, efficient and affordable service. Same-day emergency and couldn't have made service any easier.Thank you!WILL 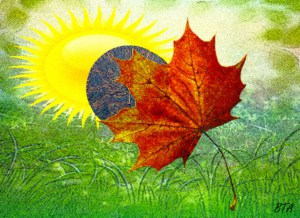 September has arrived in New York City and the clock is ticking down on the last month of summer.  This is a great time of year to enjoy the warm weather and a culmination of the best events, carnivals, and spectacular parades that our wonderful and diverse city has to offer its inhabitants and visitors.  Labor Day is also a big deal in the “Big Apple” with all sorts of activities to enjoy planned over the three-day weekend.  So don’t view September as the end to a fun summer season in New York City, view it as a grand finale of more fun in the sun.

Listed below are some of the top events happening in New York City for September.

This annual event is in its 25th year and it starts with a tugboat parade that culminates in competitions for prize purses between boat entrants.  The race and competition are scheduled on Sunday, Sept 3rd. And for those of you who want to be on the water for all of the Great North River Tugboat Race action, a sightseeing tour from Circle Line is taking 9:00 am ticket boarding’s at Pier 83 on West 43rd St. and Hudson River Park in Manhattan.  Sightseeing boat tour tickets for the event cost $25 for adults; $20 for seniors and $12 for kids ages 3-10. The boat leaves Pier 83 at 9:30 am and returns back to the dock at 11:30 am.

Monday, September 4th, starting at 11 am, prepare to thoroughly enjoy all of the rich island culture of the West Indies at the West Indian Day Parade and Carnival.  Flamboyant, fun, and intriguing, the event has been a longstanding tradition in Brooklyn that lasts seven hours. The parade/walking carnival starts at the Brooklyn Museum with a myriad of costumed dancers and steelpan and calypso bands that march down Eastern Parkway while vendors sell delicious and exotic fare along the parade route to Crown Heights.

This Broadway event on September 8th showcases songs and performances from both past and upcoming fall season production lineups. Broadway on Broadway is a yearly Times Square tradition under the direction of the Broadway League. For anyone who loves Broadway, these live sneak previews of upcoming shows along with some tributes to great past performances would usually be worth buying tickets for, but lucky for everyone, it’s totally free to attend.

On Saturday, September 9th, get ready to show your American worker spirit and support with the New York City Labor Day Parade.  There will be actors, public figures, plus labor representatives and workers from numerous trades participating in the march. The Labor Day Parade will start at 10 am and begins at Fifth Avenue and 44th Street.  The parade is hosted by the New York City Central Labor Council, AFL-CIO.

On a more somber and less celebratory note, on September 11th, two incredibly brilliant and beautiful beams of light will pierce straight up into the New York City night, emanating from the area of the former Twin Towers. The tribute of light has been presented every year since the terrorist attacks. The lights are turned on at dusk and remain lit until dawn. Although the tribute is not celebratory in nature, it represents, remembers, and honors the incredible strength and resiliency of New Yorkers along with all of the victims of the terrible 9/11 attack and their families in the face of terror. The light reaches four miles skyward into the darkness and is made up of eighty-eight 7,000 watt bulbs, positioned on two 48 foot squares that represent both fallen towers.

This Brooklyn street fair is happening on Sunday, September 17th.  For forty years this event has attracted thousands of participants who come to enjoy good old fashioned street fair fun with live music, dancing, a beer garden, an eating contest, crafts, plus an area with activities for children. 150 + vendors are expected, coming from all over the Brooklyn area to present their food and merchandise.

Fans of the hit TV show Friends will love this event happening on Saturday, September 30th. It will be coffee shop heaven when Villain at 307 Kent Avenue in Brooklyn hosts the NYC Craft Coffee Festival.  Twenty specialty coffee shops and roasters will share their outstanding beans and unique flavors, all to the accompaniment of live music. Tickets will most likely go quickly due to limited venue capacity. Ticket prices are $35 for general admission and $45 for VIP status.

Get in touch with New York Gates today at 718-614-0616, they’re the top professional gate and garage door manufacturers, installers, and repair specialists in the whole five boroughs. E-mail them at [email protected] with your project specifics and NYG will reply back to you with the detailed answers to your questions.