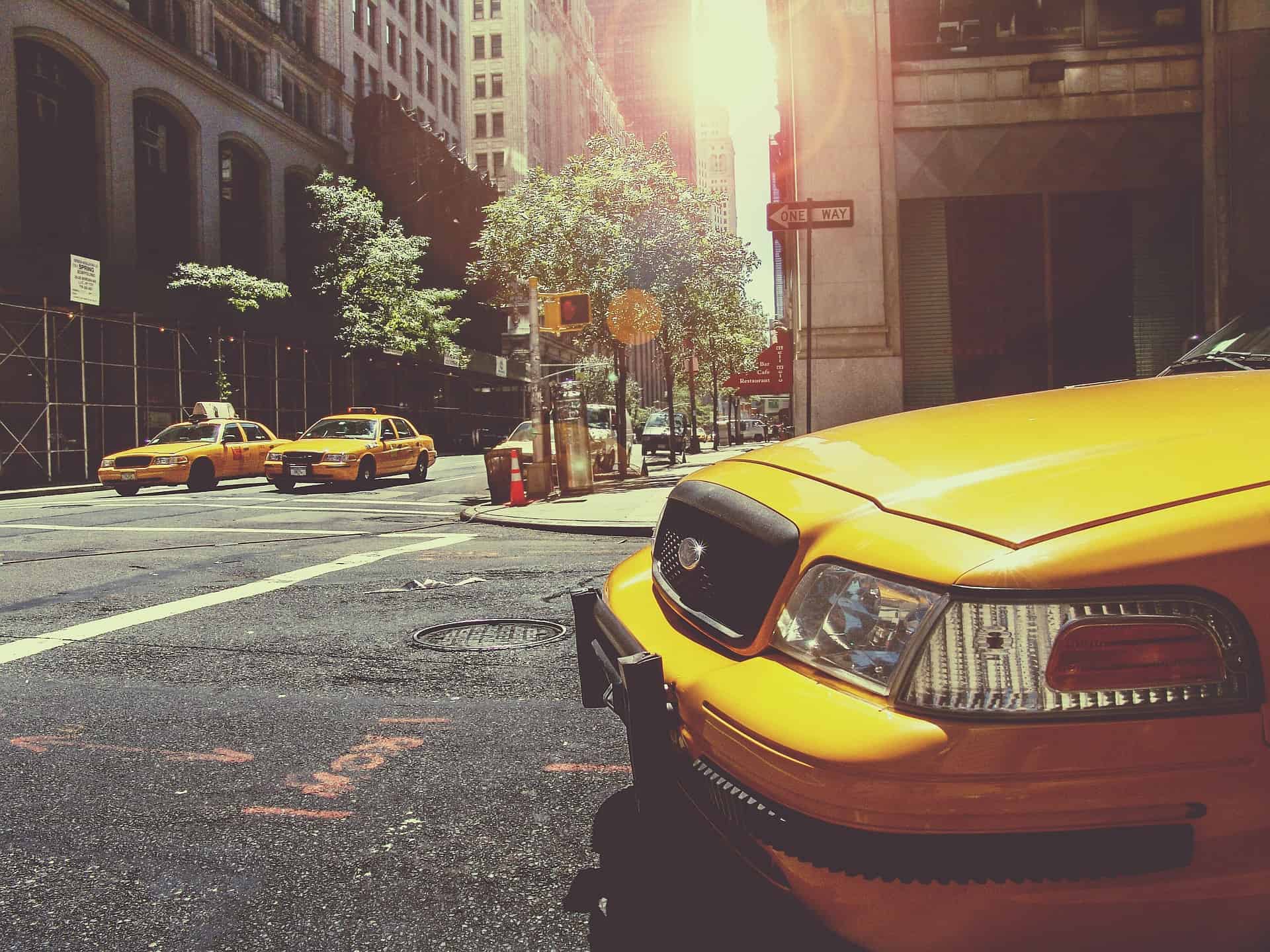 Fall in NYC is a magical time! Check out our blog for the best fall events happening in NYC this October. 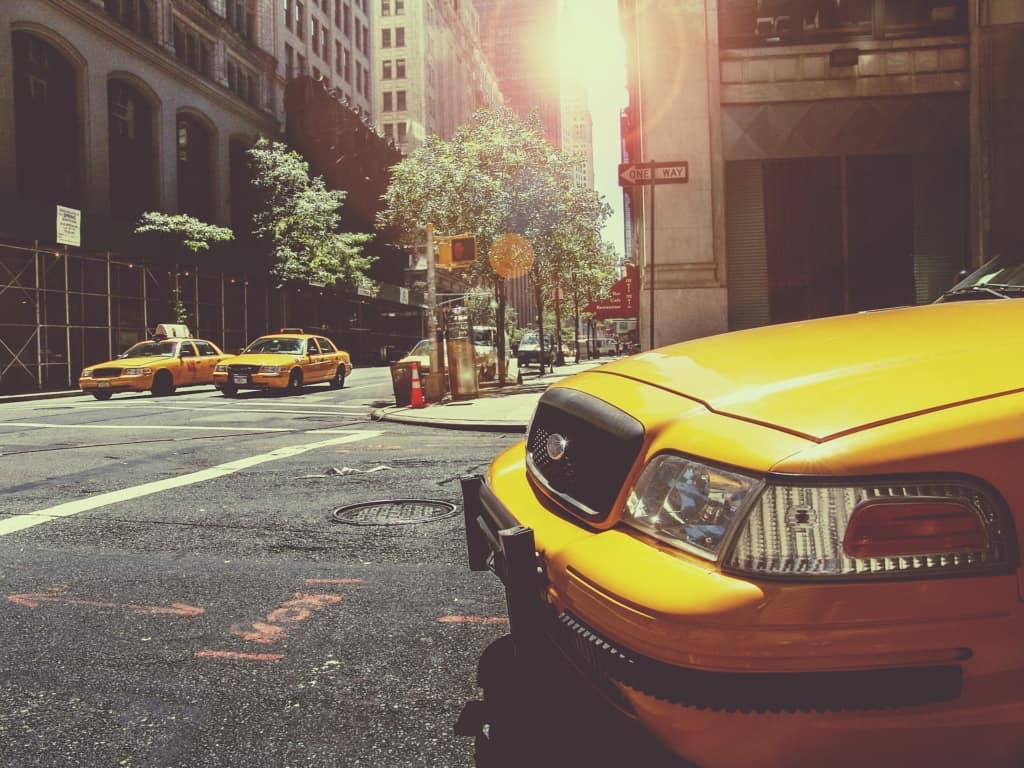 The Top 10 Events in NYC This October

Open House New York 2018 is an annual weekend-long event during which historic buildings, architectural masterpieces, sundry landmarks and the best New York attractions welcome the public for great walking tours and, you know, nosing around. As one of the best NYC events in October, it’s the perfect opportunity to explore normally off-limits places in New York.

The Metropolitan Opera House is one of the newest additions to the Open House New York, the weekend-long festival where more than 250 fascinating sites across New York open their doors to the public. The incredibly popular two-day event offers glimpses into spaces that are usually off limits to the public, from sky-high rooftop gardens to palatial apartments.

This glorious geek assembly brings in more than 151,000 visitors, beating San Diego Comic-Con and making NYCC the second-biggest event in the city. Wear a Batman T-shirt or a full cape-and-cowl at this packed pop culture mecca, where anyone can be a superhero.

Get your silicone ears and Infinity Gauntlets ready: The biggest pop culture event in North America is back and wilder than ever. New York Comic Con 2018! Filled with can’t-miss panels, celebrities, shopping and all the Coplay costumes you could ever fantasize about, this geek Mecca is one of the best things to do in fall.

Have you figured out what you’re doing this Halloween? NYC is full of Halloween parties and events (including the iconic Village Halloween Parade and the Tompkins Square Park Halloween Dog Parade). Halloween stores where you can pick up a killer costume, the scariest haunted houses and more. Whether you enjoy getting seriously spooked while watching the scariest horror films of all time or prefer to celebrate Halloween by leaf peeping while visiting some of the greatest fall getaways from NYC, it has everything.

Before you head out to some of the best Halloween parties in NYC, start with the basics: namely, the world’s largest pumpkin day procession, the Village Halloween Parade in NYC. With over 50,000 zombies and giant puppets taking to the streets, you may need a little help with navigation. Join the rest of the city’s Halloween lovers as they march up 6th Avenue from Canal Street.

Show up in your costume (only folks in costume are allowed in the parade) and you’re automatically entered in the contest judged by parade organizers. Besides the craziest, most creative costumes you’ll ever see, expect incredible puppets, live bands of different genres, dancers, music, and all-around joy.

So dress in your best Halloween costume ideas (or else you won’t be allowed to march), work on your Halloween makeup and get ready for the walk of your life.

Dive deep into the terrors and artistic triumphs of genre filmmaking at this annual festival, which features premieres of new scary movies like the grisly satire Cannibal Club, the shorts anthology The Field Guide to Evil and the documentary Wolfman’s Got Nards. Head to “Miskatonic: Big Scares on the Small Screen,” for a discussion on made-for-TV horror movies, and don’t miss the cursed ’70s flick ATRUM, which is showing alongside a documentary about the film’s history of ill-fated screenings. On second thought, maybe do miss that.

Satisfy your loves for both the incredible natural beauty of a New York autumn and world-class craft and artistry at the Letchworth Arts and Crafts Festival. With more than 320 artisans, performing artists, and crafters, this is not your average crafts fair. It’s held in Letchworth State Park, voted the #1 State Park in the nation and #1 Best Attraction in New York State by USA Today readers. Peruse thousands of paintings, fiber arts, jewelry, photography, furniture, pottery, gourmet food, and more. Musical performances from local bands will provide a lively soundtrack to all the fun.

On the last weekend of October, the town of Norwich will celebrate the 20th anniversary of its annual Pumpkin Festival, an event where the community and newcomers come together to revel in the glory of fall. For two days you can join in giant pumpkin competitions, scarecrow contests, and pumpkin bake-offs, settle in for a family-friendly scary movie, play a few rounds of corn hole, and more! Kids can have their faces painted and meet some friendly animals while magicians and musicians will entertain the crowds. The whole shebang culminates in Saturday night fireworks.

Behold some of the country’s most beautiful foliage from a chairlift ride over the mountains at the Ellicottville Fall Festival hosted by the Holiday Valley ski resort. At the top of each mountain, you’ll find a family cookout! Even better, you and your family can also listen to live music, indulge in wine and cheese, have a blast on carnival rides and participate in (or just cheer on) a 5K run on Saturday and a Mountain Bike Race on Sunday. Shop handcrafted goods from more than 200 art vendors, and watch a very special Birds of Prey show on each day where you can meet hawks, falcons, owls, and see a demonstration of their training. It’s a ton of fun and set against the most stunning background.

With a little help from the fabulous fall foliage, Gore Mountain Ski Resort is about to turn into an autumn wonderland for its annual Harvest Festival. For two days there’ll be live music as well as a pop-up slope side shopping village featuring more than 70 artisans selling hand-crafted goods.

Dig into a plate loaded with ribs, mac n’ cheese, bratwurst, turkey drumsticks, maple donuts, apple and pumpkin pies with other hearty seasonal foods. Best of all, Gore Mountain offers some of its unforgettable fall activities at discounted rates. The whole family can take in the mountain views on the Scenic Gondola Sky ride, or strap into the Bungee Trampoline.